You Are Here:Home>Obituaries>Alvin Dale Beason 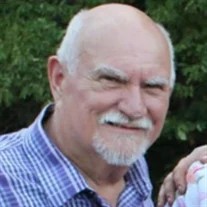 He was a 1965 graduate of Lebanon High School. Following high school, he attended Anderson University.

On August 17, 1974, he was married to Pamela Diana (Johnson) Ranney Beason in Lebanon; she survives.

Dale owned and operated Beason Used Cars & Mufflers. He later worked for RAL in Westfield, Indiana, where he retired.

He attended Hope Community Church in Lebanon. He was former director of the Lebanon Boys and Girls Club, a member of the Gold Wing Road Riders Association (GWRRA) and Good Sam Club. Dale loved traveling, camping, finding new places to eat, and motorcycle riding. His wife would tell him a destination and he would pack up and be ready to go on a minute’s notice. Dale was fun-loving and enjoyed great stories. He adored his family and never missed his children and grandchildren’s sporting events.

In addition to his parents, Dale was preceded in death by a son, Tim Beason; a brother, Gale Beason; and a brother-in-law, Charlie Shockley.

Private Family Memorial Services will be held Tuesday, December 22, 2020 at Myers Mortuary, 1502 North Lebanon Street, in Lebanon, Indiana.
No visitation will be held.
Boone County Crematory was entrusted with his cremation arrangements.

In lieu of flowers, memorials may be made in his memory to Boone County Senior Services, 515 Crown Pointe Drive, Lebanon, Indiana 46052.