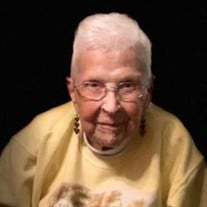 She was a 1952 graduate of Lebanon High School. Joan was married to Don E. Frick on December 26, 1953. They later divorced but remained good friends and he preceded her in death.

She was a faithful member of Lebanon Bible Baptist Church. She enjoyed her ladies’ bible study, watching Purdue basketball, boating on the Ohio River and being outdoors. Joan never missed her grandchildren’s and great grandchildren’s sporting events and activities. They were the light of her life and loved to watch them grow and prosper.

In addition to her parents and her husband, Joan was preceded in death by her stepmother, Roberta Kelley; two brothers, Rudy Kelley and Larry Kelley; two sisters, Judy Bowen and Betty Todd.

Memorial Services will be held at 2:00 p.m. on Saturday, December 11, 2021 at Lebanon Bible Baptist Church in Lebanon.

Visitation will be held from 12:00 until the time of service on Saturday at the church in Lebanon. Myers Mortuary and Boone County Crematory in Lebanon, Indiana has been entrusted with her arrangements

Memorials may be directed in her memory to charity of the donor’s choice or Lebanon Bible Baptist, 1530 Riley Road, Lebanon, Indiana.