A Land Tug-O-War In Boone County

You Are Here:Home>RadioMom Local News>A Land Tug-O-War In Boone County

A Land Tug-O-War In Boone County 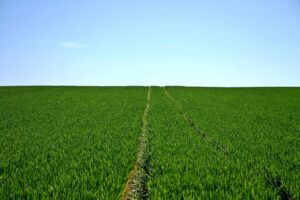 Some homeowners in Boone County are frustrated because the city of Lebanon wants their land, but they aren’t sure why.

Several landowners spoke to our news-gathering partners at WISH-TV about a letter from the city of Lebanon, which states that the city is looking to annex 1,450 acres of land for a business/innovation park. But landowners like John Allen aren’t sure who to talk to about this situation.

A letter sent to landowners in the area, which actually covers land both in and outside the city of Lebanon, explained how survey crews would be walking around their private property.

WISH-TV reports Allen and about 50 other landowners are on the Lebanon Plan Commission meeting agenda for tonight at 7 pm. The aforementioned letter states that the city of Lebanon has already started the annexation process, and is making money offers for their property. John Allen isn’t happy with the offer made.

“And they’re making the offers off of last year’s tax assessment, not this years. It took us years to get where we are,” Allen explains.

WISH-TV says opponents of the “innovation” park have a meeting planned for Saturday at the Boone County Fairgrounds.