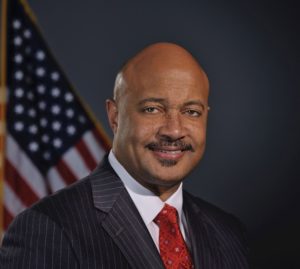 Attorney General Curtis Hill today issued an advisory opinion directing that Governor Eric Holcomb should call a special legislative session to consider a statewide mask mandate rather than issuing an executive order to that effect.

“Scientists tell us that wearing face masks is an effective means of helping prevent the spread of the novel coronavirus that causes COVID-19,” Attorney General Hill said. “The wisdom of wearing masks — or of laws requiring such measures — is not the issue here. Rather, the issue is whether we are following the proper and constitutional processes for enacting laws and whether we are respecting the distinct roles of each branch of state government.”

Executive orders have an important and legitimate function during times of emergency, Attorney General Hill added.

“But by this point in the pandemic — more than four months since the emergency declaration — it’s time to show some deference to the branch of government actually charged by our state constitution with the responsibility for enacting laws,” Attorney General Hill said.

The governor announced Wednesday afternoon that he would sign an executive order requiring masks to be worn statewide during specific times and in specific places starting July 27 and that failure to follow the order would be a Class B misdemeanor offense. The Office of the Attorney General received several inquiries from legislators and constituents regarding the proposed order.

Before a certain conduct is determined to be subject to criminal penalty, it should receive considerable debate by the legislative body that represents the people of the state, Attorney General Hill said.