You Are Here:Home>Obituaries>Alice Mae Toney 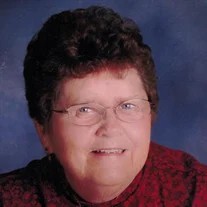 On November 8, 1961, she was married to Robert Leon Toney in Lebanon. He preceded her in death on November 16, 2007. They had shared 46 loving years together.

Alice had attended Lebanon schools. She had spent most of her life in Boone County with the exception of a period of time spent in Colfax and Greencastle.

She worked as the food service manager at Central Elementary School in Lebanon from 1975–1993. She also worked at CrownPointe as a housekeeper until her retirement in 2013.

Alice loved her church, where she was a faithful member at Centenary United Methodist Church in Lebanon. She also enjoyed being a greeter at church and volunteering at the Ronald McDonald House. Alice loved to play her Autoharp and sing Bluegrass with the Thorntown Jammers. She also enjoyed going on trips with Boone County Senior Services and with Centenary friends, camping, and winters in Florida. She collected dolls, Santa Clauses and antiques. Most of all, she was proud of her children and grandchildren and loved watching them grow up.

In addition to her parents and her husband, Alice was preceded in death by a brother, Ted Jamison; and brothers-in-law, Jimmy Brandenburg and Ron Ford.

Visitation is planned for 10:00 a.m. until the time of service on Tuesday at the funeral home in Lebanon. Interment will be at the Cox Cemetery near Thorntown, Indiana.

Memorials may be made in her memory to Centenary United Methodist Church or Witham Memorial Hospital-Rock Steady Boxing Program (which enables people with Parkinson’s to fight their disease).