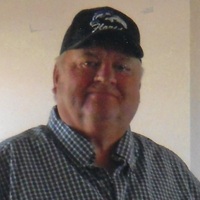 Amos was born April 9, 1939, in Amo, IN, a son of the late Wallace Eugene Greeson and Helen (Disney) Greeson. He married Linda Lou Beaman on November 7, 2020. She survives.

Amos graduated from Whitestown High School and was 13th in his class of 14.  Following high school he proudly served his country in the US Army.  He worked as a pump calibrator at Speedway Oil and Checker Oil (Enron), and then delivered milk for Maplehurst and farmed with his parents.  He enjoyed watching NASCAR and was fond of Jimmy Johnson.

Amos was preceded in death by his brother, Genie Greeson; and previous wife, Natalie Anne Greeson.

Family and friends will gather Monday, July 19 for visitation from 2 p.m. until 8 p.m. in the Strawmyer & Drury Mortuary, 2400 N. Lebanon Street, Lebanon. A funeral service will be held Tuesday, July 20, at 11 a.m. in the funeral home. Amos will be laid to rest at Oak Hill Cemetery in Lebanon. Memorial contributions in his memory may be made to the Whitestown American Legion Honor Guard.