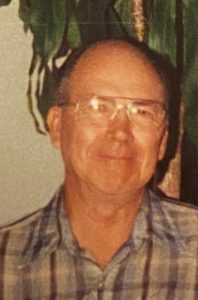 Armond Winfred Crostreet, 84, formally of Whitestown, Indiana, passed away peacefully at Chautauqua Rehabilitation and Nursing Home in De Funiak Springs, Florida on Thursday, July 9, 2020. He was born in Boone County, Indiana on July 1, 1936, a son of the late Byron A. and Conza E. (Perkins) Crostreet.

Armond attended Whitestown schools and joined the U.S. Navy where he served his country honorably from 1954 to 1957.

Armond worked at Refiners Transport, Inc., retiring in 1993. After retirement he and Margie moved to Florida, where he was self-employed doing mobile home repair work.

He was a member of VFW and Moose Lodge in Fort Myers and the American Legion of Whitestown.

Armond loved his family immensely and cherished all the memorable outings, sporting events and family gatherings. In addition to being with family, Armond enjoyed playing pool, woodworking, and fishing.

In addition to his parents, Armond was preceded in death by one brother, Larry Crostreet.
Service dates and times are pending.

Memorials in Armond’s memory may be directed to the Dementia Society of America, 188 North Main Street, Doylestown, PA 18901.