Arrest Made In Solicitation Sting

Arrest Made In Solicitation Sting 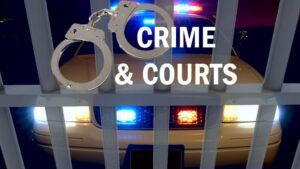 Every one of the nine men arrested in last week’s child solicitation operation admitted to detectives they intended to meet a teenager for sex, court documents revealed. They traveled to undisclosed Greenwood locations for a variety of agreed-upon sex acts – which they agreed to pay $20 to $150 for – knowing it was against the law, according to the court documents filed in Johnson County courts. The three-day operation resulted in the arrests of nine men and an Avon woman who was traveling with one of them. Of local interest John R. Dulin, 46, of Kirklin and Russell Burke, 58, of Frankfort were arrested. Most could face up to 12 years in prison, with a six-year advisory sentence, and could be ordered to pay up to a $10,000 fine.