You Are Here:Home>Obituaries>Bonnie Louise Kemna 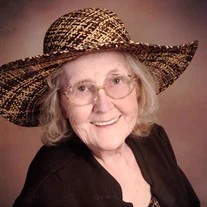 Bonnie grew up in Holts Summit, Missouri, a neighboring town to Jefferson City. She was a 1953 graduate of Bloomfield High School in New Bloomfield. Following high school, she attended one year at Jefferson City Jr. College.

Bonnie and her husband moved to Lebanon in 1967 where she was a busy mom of six children. She often helped with office duties for her husband’s business branch of Mid Continental, serving mainly in Indiana, Michigan, and Ohio.

She was a ten-year den leader with the Cub Scouts in Lebanon. Her memberships included: Lebanon Elks Club, Business & Professional Women’s Organization and St. Joseph Roman Catholic Church, where she was an officer with St. Joseph Women’s Club. She was also in the Tuesday Morning Bowling League at the Lebanon Bowling Center, where she held all the offices for the league.

A person committed to her family, Bonnie was a wonderful mother, grandmother, and great grandmother. She enjoyed painting, reading, and knitting.

In addition to her parents and husband, Bonnie was preceded in death by two brothers, Cecil Ousley and Dorris Ousley; sister, Verna Mae Sterling; and two brothers-in-law, James Sterling and Don Sweeten.

A Funeral Mass will be conducted at 11:00 a.m., Wednesday, July 29, 2020, at St. Joseph Roman Catholic Church, 319 East South Street, in Lebanon, Indiana, with Visitation beginning at 9:00 a.m. until the time of the service.
Interment will follow at St. Joseph Cemetery in Lebanon.
Myers Mortuary has been entrusted with her arrangements.