You Are Here:Home>Obituaries>Carl Allen Westerfield 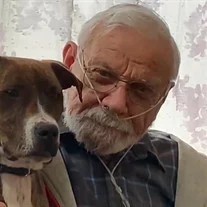 Mr. Carl Allen Westerfield, 67, of Lebanon, Indiana, passed away at IU Methodist Hospital in Indianapolis on Thursday, January 14, 2021. He was born in Lebanon on July 12, 1953; a son of Mary Katherine (Sizemore) Westerfield and the late Carl Grover Westerfield.

On October 22, 1999, he was married to Cathy (Jacobs) Westerfield in Frankfort; she survives.

Carl was a graduate of Thorntown High School. He worked at Shop Wright in Frankfort as a meat cutter for 28 years and for Keeney’s Gas in Frankfort as a gas station attendant. Most recently he had been self-employed.

He was a dedicated husband, father, grandfather, and son. He loved his family dearly. Carl enjoyed being outdoors, mowing, riding his motorcycle, and travelling around seeing the sites. He was a member of the Lighthouse Baptist Church of Lebanon.

Memorial Services are planned for 1:00 p.m. on Saturday, January 23, 2021 at the Lighthouse Baptist Church in Lebanon, Indiana. Visitation will be held from 12:00 noon until the time of the service. Myers Mortuary and Boone County Crematory are handling the arrangements.