You Are Here:Home>Obituaries>Charles “Charlie” Jones 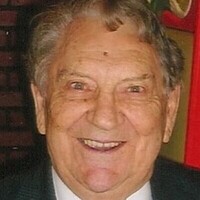 Charles “Charlie” Jones was an Indiana boy whose heart was pure positive attitude!

His roots go back to Bourbon, Indiana, where he graduated from Marshall County High School and was working on the family farm, when a neighbor boy said he was going to Purdue and asked Charlie to join him.  So, off the two boys went to Purdue with their partially filled suitcases and dreams of their life ahead.

He found himself studying Science and worked his way through school as a lab assistant and dining hall captain.  Later, he utilized his outstanding penmanship by printing the dewy decimal numbers on books for the Purdue Library.  Summer jobs, such as house painting and replacing window screens, served as the foundation for his entrepreneurial spirit and taught him how to leverage his time and talents.  Before he knew it, he had a team of over 40 people working for him and following his leadership.

These life lessons and the many other selling skills Charlie learned throughout college led him to his first job in New York selling pots and pans door-to-door.  Although, not the glamorous life he’d hoped to find upon college graduation in 1949, it was an opportunity that expanded his world and exposed him to other parts of the country.  This love of exploration led to a lifetime of global travel to scores of countries by being a founding member of Voyager 1000 and also the Ambassadair Travel Club.

He later worked at the Frankfort Co-op, then, moved to Lebanon, Indiana, and morphed his career into real estate related pursuits, by founding Royal Title Services, which provides residential and commercial title insurance and closings for local and national customers.

During his life, he collected thousands of tapes and CD’s, using his car as a classroom for perpetual learning.  Additionally, he always found time to serve in leadership during his 70+ years in the Chamber of Commerce, Jaycees, Elks, Moose, Kiwanis, Rotary (Danville and Plainfield), Board of Realtors, Builders Association, Town Board of Ulen, York Rite, Scottish Rite, Shriners, Indiana Land Title Association (Life Emeritus) and the American Land Title Association.

He and his wife, Dr. Elizabeth (Libby) Jones, spent untold years connecting others to Purdue through membership in the Indianapolis, Clinton County, and Boone County Alumni Associations, Presidents Council (Charter Members), Friends of Convocations, and John Purdue Club.  Through their two daughters, Susan (Matt Huffine) and Jennifer (Gary Katona), they endowed two Women’s Golf Scholarships.  Along with supporting  Purdue Crew, they have been season ticket holders for decades of Football, Men’s and Women’s Basketball, and Women’s Volleyball.  Charlie and Libby were awarded the prestigious Black Coat Award for their continuous support and Charlie was inducted into the inaugural Business Hall of Fame class by the Boiler Business Exchange.  Being the consummate Purdue Ambassador, you could always find Charlie with a pocket full of Gold “P” pins that he continually handed out on any occasion to anyone who might be a Purdue prospect (no matter their age!).

A positive attitude and a thirst for life-long learning is what invigorated Charlie.  He was always happy to play a role in mentoring others and paying it forward.  He spent his life working on his “dash” (the time from birth to death) and challenged others to ask “How are you spending your dash to make a difference with your life?”

His life spent “living the dash” is a great story!  Please join us and share your memories on Wednesday, June 16th anytime between 4:00 pm to 8:00 pm at Strawmyer and Drury in Lebanon.  In lieu of flowers, please consider a donation to your favorite charity in Charlie’s honor, as you pay it forward.