You Are Here:Home>RadioMom Local News>City of Frankfort Granted $311,916.44 From Community Crossing Matching Grant 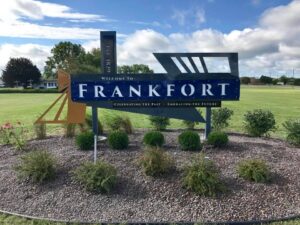 Frankfort city officials received exciting news on Tuesday, April 19, 2022. Governor Holcomb and INDOT awarded Frankfort $311,916.44 from the Community Crossing Matching Grant.
Mayor Sheets, Board of Public Works, City Council, and Street Superintendent Jason Forsythe approved the total of $623,832.88 for an additional 10 paving projects for 2022. The following paving projects will include the following:
• East Washington from Jackson Street to Fudge Avenue
• West Morrison Street from Myrtle Avenue to Rossville Avenue
• Ann Street from Clay to dead end
• East Wabash from Clay to Williams Road
• Rossville Avenue from Morrison to the railroad tracks
• East Street from Washington Avenue to Walnut
• Vanburen from Ohio Street to Walnut
• Oneil from Washington Avenue to dead end
• Avery from Main Street to Delphi Avenue
* Hemlock Drive from South Clay to Alhambra Avenue
“This is very exciting for the City of Frankfort to receive the first round of the Community Crossing Grant for 2022. With these additional funds, we will have paved over $1.5 million in 2022, says Mayor Judith Sheets. “We could not have done this without Jason Forsythe, Street Superintendent. His hard work has strategically paved miles of roadways that we wouldn’t have been able to do otherwise.”
City officials, including Mayor Sheets and Superintendent Forsythe, are working on the planning process and request bids or proposals that will be available later this summer.
The Community Crossing Matching Grant Program provides funding to cities, towns, and counties across Indiana to make improvements to local roads and bridges. This program is a partnership between the Indiana Department of Transportation and Indiana communities to invest in infrastructure projects that advance economic development, job creation, and local transportation.