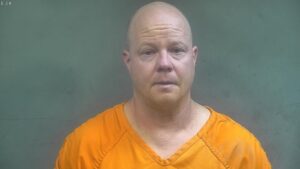 On Tuesday May 25, 2021 at approximately 8:45 AM, investigators from the Lebanon Police Department, along with members of Whitestown Metropolitan Police Department, Boone County Sheriff’s Office, Zionsville Police Department, and the Internet Crimes Against Children Task Force (ICAC) served search warrants at the residence of 1267 S 775 East Whitestown, IN and Zionsville Fire
Department Station 91. LPD Detective Captain Amy Dickerson, who is a member of the ICAC Task Force, received a cyber tip from The National Center for Missing and Exploited Children (NCMEC) that a Twitter account was uploading child pornography using their social media platform. After a search at the above locations, Mr. Daniel Stevens, 47, of Whitestown was arrested and transported to the Boone County Jail on a felony charge of Child Exploitation; possession of child pornography. This investigation was conducted through the ICAC task force and its affiliated members. This is still an open and ongoing investigation.