You Are Here:Home>Obituaries>Daryl E. Kern 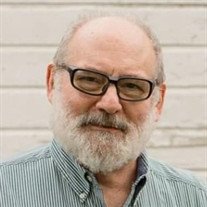 The family will greet friends from 12:30 – 2:00 p.m. on Friday, March 12, 2021, at Murdoch Funeral Home & Cremation Service in Marion. A Funeral Service will begin at 2:00 p.m. at the funeral home on Friday. Burial will follow at Oak Shade Cemetery in Marion. All guests are respectfully requested to wear a face mask and practice social distancing.

Daryl was on born June 18, 1948, in Lebanon, Indiana, one of seven children to Caryl and Rosemary (Schenck) Kern. He graduated from Lebanon High School in Lebanon, Indiana. On December 9, 1978, Daryl was united in marriage to Gwendolen “Gwen” Fix. He served honorably in the United States Air Force. Daryl worked as an engineer, specializing in metrology at Rockwell Collins in Cedar Rapids. He was a devoted Christian with a very strong faith. Daryl enjoyed time with his family and riding his motorcycles. He will be greatly missed by all who knew and loved him.

In lieu of flowers, memorials in Daryl’s memory may be directed to the American Heart Association.

A Celebration of Daryl’s Life is being planned for a later date in Indiana. Myers Mortuary in Lebanon, Indiana, and Murdoch Funeral Homes & Cremation Service in Marion, Iowa, both have been entrusted with his arrangements.