You Are Here:Home>Obituaries>Deborah Ann Conyer 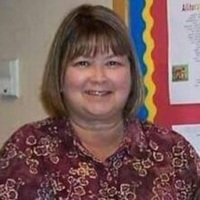 Deborah Ann Conyer, 68, of Thorntown, passed away peacefully with her family by her side at home in Thorntown on Tuesday, afternoon.

Debbie was born June 2, 1953, in Evansville, daughter of Margaret June (Cannon) Carneal and the late Arvil Carneal.  Debbie resided in Evansville until 1987 and then moved to Thorntown and lived there since. She married Charles Calvin Conyer on June 30, 1972; he survives.

Debbie graduated from Harrison High School, Evansville in 1971. Debbie loved watching her grandchildren’s sporting events.  She was known as the “gum lady” with her grandkid’s teammates. She also enjoyed reading and working in her yard, along with watching her brother race, then her son.

She worked at Witham Hospital for 29 years as a physical therapist aide, retiring May of 2021.

Debbie was preceded in death by her father and brother Steven Carneal.

Family and friends will gather Saturday, Jan. 8, for visitation from 12 noon until the time of the funeral service at 2 p.m. in the Dover Christian Church, 955 IN-75, Lebanon.  Debbie will be laid to rest at Sugar Plains Cemetery in Thorntown. In Lieu of flowers, memorial contributions in her memory may be made to Western Boone Athletic Department.