You Are Here:Home>Obituaries>Diana Lynn (Sheets) Nance 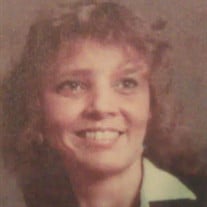 Mrs. Diana Lynn (Sheets) Nance, 74, passed away on Friday, January 14, 2022 at IU Methodist Hospital in Indianapolis, Indiana. She was born in Lebanon, Indiana on January 23, 1949; a daughter of the late Roy Gilbert and Annabelle (Johnson) Sheets.

She was a graduate of Lebanon High School. Following high school she studied legal administration at the University of Oklahoma. On August 23, 1963, she was united in marriage to William M. “Bill” Nance, Sr. he survives.

Diana was an office secretary at a local automotive dealership for many years. She was of the Ramon Catholic faith and enjoyed reading daily devotionals from Our Daily Bread. She was devoted to her faith, loving family and friends. In addition to her family, she enjoyed shopping.

In addition to her parents, Diana was preceded in death by a sister and brother-in-law, Sharon K. (Robert) Willyard.

Funeral Services are pending. Streaming of the service will be viewed on the Myers Mortuary Facebook page at the time of service. Diana will be laid to rest at Oak Hill Cemetery in Lebanon.

Memorials may be given in her memory to the charity of the donor’s choice.