You Are Here:Home>Obituaries>Eric Wayne Cannaday 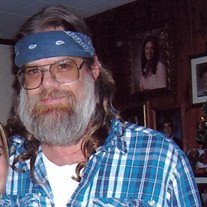 Eric Wayne Cannaday, 59, of Kirklin, Indiana passed away on January 25, 2021 at IU Health Arnett Hospital in Lafayette, Indiana. He was born on January 7, 1962 in Noblesville, Indiana, the son of Charlene (Essex) Cannaday and the late Dale Cannaday.

He was a 1980 graduate of Noblesville High School. Following high school, he attended one year on a wrestling scholarship at Indiana Central, now called University of Indianapolis.

Eric was a welder for Gem-Rose, Corporation in Noblesville. He was the Founder/President of “The Stihl Club”, where he and his friends enjoyed cutting down trees. He also enjoyed Blue Grass festivals, camping, canoeing, gardening and just the simple things in life. He was devoted to and adored his family.

In addition to his father, Eric leaves behind a nephew, Jason Bevington.

Memorials may be made in his memory to the American Diabetes Association.