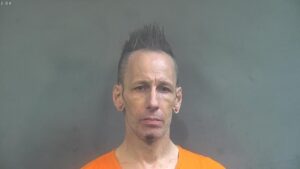 The Zionsville Police Department recently responded to a report of an overdose and discovered Maxwell Timbrook, 28, of Zionsville, dead.

Police began an investigation that involved multiple search warrants and eventually lead to probable cause to arrest Kurt M. Russell, 50, of Indianapolis. A warrant was issued for Russell on Jan. 14 and the Zionsville Police Investigations Section took him into custody on Jan. 15.

Criminal charges filed on Russell include dealing in a controlled substance resulting in death, a Level 1 felony. More details in the Lebanon Reporter.