You Are Here:Home>Obituaries>Iris J. Isenhower 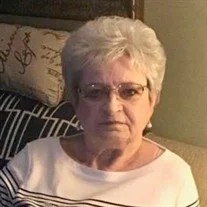 A lifelong resident of Boone County, Iris was a 1968 graduate of Thorntown High School. Following high school, she attended beauty school in Whitestown. Iris later worked as a receptionist for Dr. Schaak for six years.

Iris was a member of New Brunswick Church and the Lebanon Eagles Club. She enjoyed playing Poker, Euchre, camping with family, fishing and growing vegetables in her garden. She was a loving mother, grandmother, and great grandmother and will be dearly missed by her family.

In addition to her parents, Iris was preceded in death by her stepfather, Ralph Rose; brothers, Thomas E. “Tom” Warmoth and Larry Rose; and half-sister, Rosalie Newman.

Funeral Services will be held at 1:00 p.m., on Monday, August 31 at the funeral home in Lebanon.

Memorials may be made in her memory to Boone County Cancer Society, 117 West Elm Street, Lebanon, Indiana 46052.