You Are Here:Home>Obituaries>Jackie “Jack” Wayne Maddox 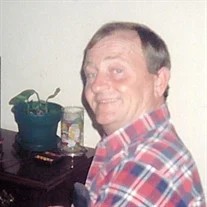 On May 6, 1966, in Frankfort, Indiana, he was married to Mary (Tyree) Maddox. They had recently celebrated 54 years together and she survives.

He was a member of Lebanon Church of Christ and the American Legion in Lebanon. Jack worked over twenty years for the Indiana State Fair in the maintenance department.

Jack was a devoted husband, father, and grandfather. In addition to his family, he enjoyed fishing, gardening, poker and billiards.

Interment with military rites will follow at Lincoln Memory Gardens in Whitestown, Indiana