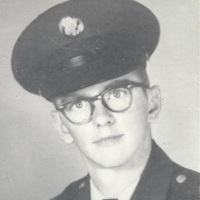 James served in the U.S. Army during the Viet Nam War and was awarded the Purple Heart. He returned home and was a truck driver for Ron Walker and later worked at Prairie Industries until it closed. In his spare time, James enjoyed fishing and camping.

James was a member of the VFW, America Legion and Moose Lodge.

Survivors include his son, Johnny Barton of Lizton; grandchildren, Reagan Barton, Coy Barton and Breanna Trent; sisters, Marilyn Sheets of Thorntown and Glenda Finley of Lebanon; and several nieces and nephews. In addition to his parents, James was preceded in death by his brothers, Richard and Lavern Barton and sisters, Carolyn Allen and Joy Dean Barton.

Services for James will be held at a later date. Final care of James has been entrusted to the Strawmyer & Drury Mortuary, 2400 N. Lebanon Street, Lebanon. You are invited to visit the website www.strawmyerdrury.com where you may sign his online register and leave a personal message. Memorial contributions may be made in his memory to the National Coalition for Homeless Veterans, 1730 M Street NW, Suite 705, Washington, DC 20036.