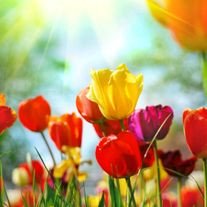 The Honorable Judge James R. Detamore, age 81, of Lebanon began his journey with Jesus on March 23, 2020. Jim was born on August 10, 1938 to Carl and Francis Detamore from Columbus, Ohio, both preceded him in death. He spent much of his childhood in Ohio later attending The Ohio State University where he became an avid Buckeye fan. Jim had two brothers, Loren, who preceded him in death, and Robert, still an Ohioan.
He later moved to Indiana where he raced stock cars at IRP, met and then married his wife of 48 years, Dorothy Lee, who survives him. He is also survived by Boni (Bret) Hypes, Donita (Rob) Hough, Kelly (Dave) Peisker, Terri (PJ) Caldwell, Donica (Cindy) Detamore, and David Detamore. His daughter, Deveeree, preceded him in death. Upon moving to Zionsville, Jim delivered newspapers, the mail, and together with Dorothy owned an insurance agency; all while finishing his bachelor’s degree. He later graduated from Indiana University School of Law and was elected as Judge of Superior Court II in Boone County. During his tenure, he founded the Drug and Alcohol Treatment program which is still in existence today. He loved the Indy 500 as well as spending time with family, especially his 7 grandkids and 20 great grandkids.
After his years as a public servant, he then volunteered and supported such organizations as the USO, Kiwanis, Kairos Prison Ministry, Love, Inc, and New Life Recovery Center. He also served on boards at his local church. Jim was a member of the Lebanon Christian Church. Due to the pandemic, we are unable to have a celebration of life event. Donations in his honor may be made to Love, Inc. at www.loveincbc.org or New Life Recovery Center at 224 S Lebanon St, Lebanon, IN 46052.