You Are Here:Home>Obituaries>Janet L. Cunningham 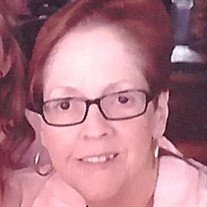 Janet L. Cunningham, 72, of Lebanon, Indiana, passed away Sunday, June 28, 2020 at Witham Memorial Hospital in Lebanon. She was born June 9, 1948 in Boone County, Indiana the daughter of the late Howard and Thelma Louise (Willis) Cunningham.

She was a 1966 graduate of Lebanon High School and a 1970 graduate of Ball State University with a degree in Interior Design. She was employed with JC Penny in Atlanta for many years as a fine jewelry specialist. She had a stellar work ethic, which earned her access in the million-dollar sales club. She was also a Docent for the Governor of Georgia during the late 80’s and early 90’s.

In 2004, Janet returned to Lebanon. She was a member of the First Baptist Church in Lebanon, Ladies Red Hat Society, Psi Iota Xi Sorority and active in both the Omega Chapter and the Auxiliary Chapter and a member of Ulen Country Club.

She enjoyed fine dining, gardening and shopping, especially for Maggie and Jonathan Cunningham, children of Joseph and Elizabeth. She was a proud supporter of the Symphony at Sunset Group, Inc. for many years.

Janet was entombed on Friday, July 3, 2020 at Oak Hill Cemetery in Lebanon.

In lieu of flowers, memorial contributions may be made to the youth program at Lebanon First Baptist Church.