You Are Here:Home>Obituaries>Jason Isaac Padgett 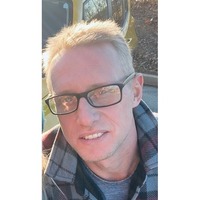 Jason was born Jun. 23, 1976, at Witham Memorial Hospital in Lebanon, the son of Pat (Owens) Padgett-Lemmon and the late Raymond L. Padgett.

Jason attended school in Lebanon, prior to moving to Brownsburg where he graduated. After graduation, he started working for Jeff Wagers with Wagers Construction. Jeff noticed his natural ability as a Carpenter and taught him many aspects of the building trade. Jason then went on to work for Don Stewart of Builders Services, who continued to teach him more aspects of construction. Currently, he worked for Counter Concepts in Indianapolis.

Jason loved his dogs, boating, and skiing. He enjoyed doing side jobs for his friends and his talent was appreciated by many.

Family and friends will gather Wednesday, Jul. 6, for visitation from 3 p.m. until the time of the funeral service at 6 p.m. with Pastor Jim Littlejohn from Connection Pointe Christian Church of Brownsburg officiating in the Strawmyer & Drury Mortuary, 2400 N. Lebanon Street, Lebanon.