You Are Here:Home>Obituaries>Jeffrey L. “Jeff” Trammel 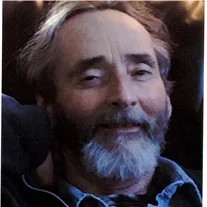 Jeff served in the Indiana National Guards. He was a man of many trades but mainly was a freight truck driver throughout his career. He was a skilled mechanic with a passion for making projects out of cars, trucks and anything that has a gasoline engine.

He was a kind man with a strong faith who enjoyed discussing religion and politics. He also enjoyed playing his harmonica, guitar and being with family.

He is survived by:
Longtime companion: Debbie Smith of Lebanon

In addition to his parents, Jeff was preceded in death by his sister, Janie Trammel and uncle, David Short.

Family will gather at a later date for a celebration of life. In honor of his request, no public services will be held. Myers Mortuary and Boone County Crematory has been entrusted with his care.