You Are Here:Home>Obituaries>John David Kelley 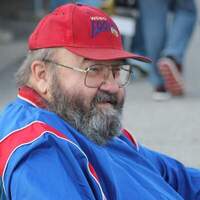 Tis truly a beautiful day a day like all days filled with those events that alter and illuminate our time… and you were there!

John David Kelley, the Mayor of Milledgeville, 77, passed away July 4, 2020, at Witham Memorial Hospital in Lebanon.

John graduated from Pinnell High School in 1961. He attended Indiana State University, receiving his Bachelor’s degree in 1966 and his Master’s in 1972, both in Education. John had started his own business of baling hay, which paid his way through college.

John began teaching at Jeffersonville High School and was there for a year. He then went on to teach at Granville Wells High School for eight years and finally at Western Boone High School, where he retired in 1998 after 25 years of teaching.

John was a member of the Retired Teachers Association and a member of the Thorntown Kiwanis, where he served as the Sagamore Division Lt. Governor. He was a class sponsor and the assistant Key Club administrator. John kept books and records for many sporting events and was a part of the Western Boone 1988 State football championship, and was able to attend the 2018 and 2019 Webo football state championships. He loved high school athletics and attended all Western Boone home game events until his health prevented him from driving. The last event he attended was the basketball sectional championship game this past March. He was honored to be in the Western Boone Hall of Fame.

John loved being with his family and friends and is survived by sister, Margaret Ann Kelley of Lebanon; brother, Thomas M. (Mary Ellen) Kelley of Lebanon; sister-in-law, Jane (Bill) Kelley of Lebanon; nieces, Julie Biddle of Lebanon and Debbie Kelley-Jernigan of Carmel; nephews, Eric (Tara) Kelley of North Vernon and Joseph (Emma) Kelley of Lebanon; great nieces and nephews, Morgan and Hayden Biddle, Zach and Isaac Ullom, Annabella, Jackson, and Nicholas Jernigan, and Christopher and Catherine Kelley; aunts, Frances (Hubert) Ping and Mary (Fred “Bud”) Sedwick; and many cousins. In addition to his parents, John was preceded in death by his brother, William Joseph “Bill” Kelley; and uncles, Delmar and Raymond Kelley.

Because Uncle John did not shave his beard some of the little ones called him Mr. Beard.

John continued friendships with many teachers and students through the years, with close friends including Garnet Jorden and family, Mr. and Mrs. Dorsey Price and family, and his beloved Western Boone family.

John took pride in his relationship with the St. Joseph’s Indian School in Chamberlain, SD. The family would like to thank the staff at Crown Pointe, Witham Hospital, Excel Home Healthcare, and Parkwood Healthcare for their love and care.

Family and friends will gather Thurs., July 9, 2020 for visitation from 4 p.m. until 8 p.m. and the funeral service will be held on Fri., July 10, 2020 at 10 a.m. in the Strawmyer & Drury Mortuary, 2400 N. Lebanon Street, Lebanon. John will be laid to rest at Oak Hill Cemetery in Lebanon. You are invited to visit the website www.strawmyerdrury.com where you may sign his online register and leave a personal message.

Memorial contributions in John’s memory may be made to Western Boone Education Foundation, P.O. Box 111, Thorntown, IN 46071 and the Milledgeville United Methodist Church.