You Are Here:Home>Obituaries>John Tunnell, Jr 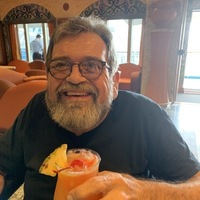 John was a welder for Lau Blower and retired in 2005 and relocated to Marshall, IL. He loved working on cars and trucks and enjoyed fishing, 4-wheeling and motorcycles. He was a member of the Dunlap Methodist Church.

Survivors include his three stepchildren: Jodi Lewis of Crawfordsville, Jami Lewis (Andrew) Martin of Martinsville, IL and John Lewis of Lebanon; sisters Carolyn (Jeff) Davis and Brenda Cox, both of Lebanon; sister-in-law Alice French of Lebanon; a cousin Joe (Dena) Tunnell of Lebanon; four grandchildren, seven great grandchildren, his dog Otis and several nieces and nephews.   In addition to his parents and wife, John was preceded in death by a brother, Charles French and sister, Linda Jones and his dog, Hank.

Family and friends will gather Wednesday, Jan. 13, 2021 for visitation from 11 a.m. until the time of the funeral service at 1 p.m. in the Strawmyer & Drury Mortuary, 2400 N. Lebanon Street, Lebanon. John will be laid to rest at Lincoln Memory Gardens in Whitestown. You are invited to visit the website www.strawmyerdrury.com where you may sign his online register and leave a personal message. In lieu of flowers, memorial contributions may be made to Hospice of the Wabash Valley, 400 8th Ave., Terre Haute, IN 47804.