You Are Here:Home>Obituaries>Jon L. Morgan 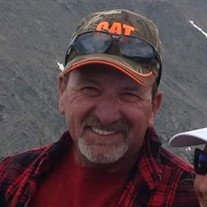 He graduated from North Vermillion High School in 1977. He was married to Dorene (Shatell) Durrant in Perrysville, Indiana and later divorced. He is survived by his lifelong companion, Lori L. Kincaid.

A longtime resident of Perrysville, Indiana, Jon moved to Lebanon about 19 years ago. After his father’s passing, he managed and operated the family farm corporation, Spring Water Farms, Inc. before moving to Lebanon. He also completed a short agricultural course at Purdue while operating the farm. After leaving the farm he worked for Oles Engineering Corporation in Whitestown, Indiana as a heavy equipment operator.

Jon was a lifetime member of NRA, National Parks Conservation Association and American Rabbit Breeders Association. He had a strong Methodist faith, he also enjoyed raising rabbits, being outdoors, fishing, boating and hunting.

In addition to his parents, Jon was preceded in death by daughter, Barbie Morgan Cook.

Visitation will be held from 9:00 a.m. until the time of service on Saturday at the funeral home in Lebanon. Inurnment of ashes will be held at a later date at Hicks Cemetery.