You Are Here:Home>Obituaries>Joyce Marie Richardson 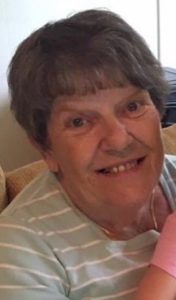 On August 9, 1957, she married her high school sweetheart, Wayne Eugene Richardson, in Lebanon. He preceded her in death on September 18, 2010.

Joyce was a 1955 graduate of Lebanon High School and had attended Purdue University. She worked in the medical records department at Methodist Hospital in Indianapolis and then went to work for Witham Memorial Hospital in Lebanon as the Director of Medical Records. She retired but continued to work as a consultant for Witham. Joyce was a faithful member of the First Community Church where she enjoyed participating in the praise band. In addition, she was a former member of the Omega Chapter of Psi Iota Xi Sorority in Lebanon.

Joyce was a devoted wife, mother, and grandmother who loved her family dearly. When her great granddaughter came along, she was over the moon and so delighted when Sadie Jane would come for a visit. Joyce could not have been more thrilled to learn another great granddaughter was on the way. A talented artist, she enjoyed painting and drawing and had a passion for flower gardening.

In addition to her parents and her husband, Joyce was preceded in death by her brother, Edwin E. “Bud” Bird.

Visitation will be held from 10:00 a.m. until the time of the service at noon at the church.
Interment will follow services at Oak Hill Cemetery in Lebanon.

Myers Mortuary of Lebanon has been entrusted with her care.