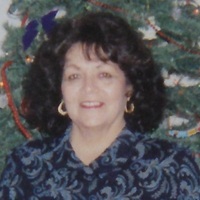 June was born Jun. 16, 1943, in San Francisco, CA, during WWII era, a daughter of the late Fred and Pauline (Girado) Butterbredt. She was first married to the father of her children, James Huckaby; he survives. She later married Otis Carpenter in 1971; he preceded her in death Feb. 9, 2015.

In her younger years June loved horseback riding, singing, playing her guitar, riding her motorcycle, going to the movie, reading, and cooking (in her later years she was more the cooking critic and taste tester).

June was a simple, hardworking, competitive woman who loved being with her family and they were the most important part of her life; she especially enjoyed spending time with her kids, grandkids, and dog, and always stayed in contact with her family in California. June was a proud Native American Indian, a member of the Shoshone- Piute-Kawiisu tribe, and an Elder of the tribe. June also loved the Lord and enjoyed attending church with her friend. She enjoyed playing cards and going out to eat.

In addition to her parents and husband, June was preceded in death by her grandson, Travis Dawson.

Family and friends will gather Wednesday, Feb. 23, for visitation from 10 a.m. until the time of the funeral service at 1 p.m. in the Strawmyer & Drury Mortuary, 2400 N. Lebanon Street, Lebanon.  June will be laid to rest at Scotland Cemetery in Kirklin. Memorial contributions in her memory may be made to the Humane Society of Boone County, PO Box 708, Lebanon, IN 46052 or to the American Heart Association, 6500 Technology Drive, Suite 100, Indianapolis, IN 46278.