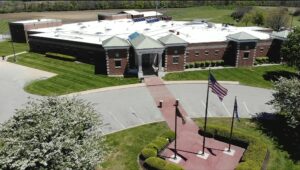 County Council members and the Boone County Commissioners are at odds with each other in Boone County over a plan to expand the county’s criminal justice center, which would include adding beds to the county jail.

Commissioners, like Jeff Wolfe (R), are behind the idea of expanding the justice center and getting the project underway as soon as possible after having pushed the project for months before the county council. But Wolfe accuses the council of dragging its feet.

He said many councilors were skeptical because of a “lack of a plan” on how to move forward, which he says is “inaccurate.”

“They were unsure of the project,” Wolfe told Indy Politics. “They felt like they didn’t have enough information. We kept trying to provide more and more information. they wanted then, at some point in time, a detailed drawing and a set of plans.”

Wolfe said they have had several public meetings about the plans and have even posted detailed plans for the project on the county commission website. they include adding mental health offices to the justice center.

“Their desire to push forward a project with many unanswered questions, however, is one that I do not share, respectfully,” Nieshalla said. “Especially one that requires a tax increase.”

Nieshalla, who is also running for state treasurer in the upcoming election, is also concerned about how a rumored economic development project that might be coming to the Thorntown area might impact the plans. She said the project could have an impact on the population in the county and that a proposed tax increase without more knowing exactly what that rumored development might be a little hasty.

She says they want to “wait and see” if there might be other avenues to pay for the justice center expansion once more details are available about the rumored development project.

Despite that, Wolfe is adamant about getting the justice center expansion moving because, with rising inflation, he says the price tag on the project goes up the longer they wait. He estimates what would have been a roughly $52 million project last year will now cost roughly $60 million.