You Are Here:Home>Obituaries>Kevin Glen Davis 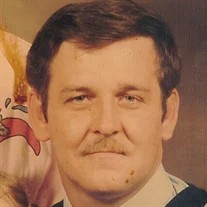 Kevin Glen Davis, 64, passed away Thursday evening, August 27, 2020 at his home in Frankfort, Indiana with family by his side. He was born in Lebanon, Indiana on October 25, 1955, a son of the late Arthur Eugene Davis and Eva Irene (Greathouse) Hunt.

A longtime resident of Lebanon, he attended Lebanon Schools. He served twenty-one years in the Indiana National Guards.

On February 14, 1982, he was married to Carolyn Faye (Ford) Davis in Lebanon, Indiana; she survives and they shared 38 loving years together.

Kevin was a mechanic at Blue & White Truck Stop in Pittsboro, specializing with changing semi-truck tires. He was a skilled handy man who liked to work on cars. He loved his family dearly and enjoyed riding motorcycles, hunting and fishing.

Visitation will be held from noon until the time of the service on Tuesday at the funeral home in Lebanon.

Memorials may be directed in his memory to the American Cancer Society.