You Are Here:Home>Obituaries>Lawrence Arley Hughes 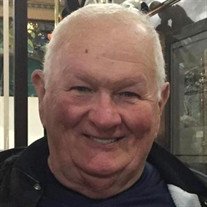 Lawrence Arley Hughes, 75, of Maricopa, Arizona and formerly of Lebanon, Indiana, passed away Saturday, May 30, 2020 in St. Louis, Missouri. He was born March 8, 1945 in Compton, California, a son of the late Lawrence A. and Frances Ruth (Denney) Hughes Castetter.

Arley was a 1963 graduate of Thorntown High School. He received his associate degree from Indiana Central Business College. Following school, he served in the Indiana National Guard for four years.

On November 29, 1968, he was married to Mary Zoe (Hodgen) Hughes in Mechanicsburg, Indiana; she survives.

He worked as a purchasing agent for United Rentals and Lau Blower. In 1995 he retired and moved to Arizona.

Arley was a devoted husband, father grandfather and great grandfather. He was a member of the Lebanon Elks Club. Arley was a man of many hobbies and was an avid sports fan.

In addition to his parents, Arley was preceded in death by a daughter, Shelley D. Schenck and a granddaughter, Savannah.

Visitation will be held from 4-6 p.m. on Monday, June 8, 2020 at Myers Mortuary.
No services will be held.
Boone County Crematory has been entrusted with his cremation arrangements.