You Are Here:Home>Obituaries>Lloyd Emil Nordstrom 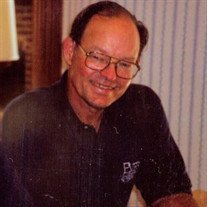 Lloyd Emil Nordstrom, 77, of Lebanon, passed away on Sunday, June 14, 2020 at Witham Memorial Hospital. He was born in Chicago, Illinois on May 9, 1943, a son of the late Lloyd M. Nordstrom and Myrna G. (Lydig) Nordstrom.

Lloyd was a 1961 graduate of Mt. Ayr High School. He later received his bachelor’s degree from Purdue University and master’s degree from Valparaiso University. He honorably served his country in the U.S. Army during the Vietnam war.

On August 16, 1968, in DeMotte, Indiana he married Audrey (Evers) Nordstrom; they shared 51 loving years together, and she survives.

Lloyd taught for a period of time in Lowell, Indiana and served on the school board of Kankakee Valley in Wheatfield, Indiana. He later owned and operated Evers Farm and Greenhouse in DeMotte, Indiana. Lloyd loved his family immensely and cherished all the memorable family gatherings.

In addition to his parents, Lloyd was preceded in death by one son, Matthew Nordstrom;

In lieu of flowers, memorials may be directed to Bridges International Ministries by Campus Crusade (Cru).