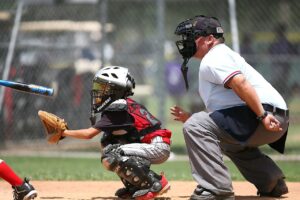 Organizers of the Lebanon Little League say they are not going to tolerate out of control behavior this year. But their focus is not on the players on the field, it’s on the parents and fans in the stands. Little League President Brian Tandy said on Facebook this week that he is sick of hearing parents and fans yell and scream at umpires. He says they are all volunteers, and many of them are young. Tandy says anyone who cannot control themselves while watching a game this year will be banned from Little League parks for a full year.