You Are Here:Home>Obituaries>Lorena Ann Mann 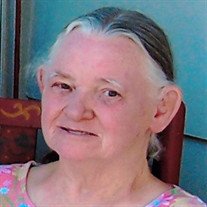 Lorena Ann Mann, 87, received eternal life with her Lord and Savior on Thursday, March 11, 2021 at Life’s Journey of Avon. Lorena was born in Georgetown, Illinois on April 5, 1933; a daughter of the late Ralph A. and Bertha M. (Sandusky) White.

She was a graduate of Lebanon High School. On December 21, 1967, she married was married to Rev. John Wesley Mann. Lorena and John spent 14 loving years together before his passing in 1982.

She was a faithful pastor’s wife and prayer warrior who enjoyed serving in ministry alongside with her husband for many years.

Because of her strong Christian belief and raising her son to love and follow the Lord, she established a line of descendants that know and love Jesus. Though she leaves this world, her legacy of deep belief will carry on through them.

Lorena is survived by a son, John Mann and his wife, Delana of Indianapolis; seven grandchildren and one great granddaughter.

In addition to her parents and husband, Lorena is preceded in death by a brother, Norman White.

Visitation will be held on Tuesday from 11:00 a.m. until the time of service at the funeral home in Lebanon. Lorena will be laid to rest following services at Oak Hill Cemetery in Lebanon.