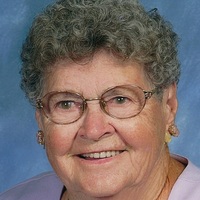 Martha attended Dover High School. She worked beside her husband on the family farm and worked at Shumate’s for 33 years.

Martha was a life long member of Mechanicsburg Christian Church. She loved gardening and IU basketball.

Family and friends will gather Sunday, June 28, 2020 at Mechanicsburg Christian Church for a visitation from 2 p.m.-5 p.m. and the funeral service will be held on Monday, June 29 at 10 a.m. at the church, 650 W. Horton Rd., Kirklin, IN 46050. Strawmyer & Drury Mortuary is handling the arrangements. Martha will be laid to rest at Oak Hill Cemetery in Lebanon.