You Are Here:Home>Obituaries>Marvin Eugene “Gene” Henry 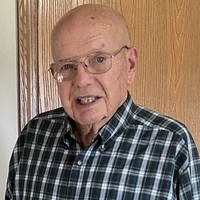 Gene graduated from Jamestown High School in Jackson Township with the class of 1955. He worked for Raybestos Manhattan in Crawfordsville for 43 years, before retiring in 1999 as the manager of the Sample Department, making prototypes before they were sent out for production. Gene was also a part-time farmer.

He was a faithful member of the Advance Community Christian Church, where he was a charter member and served as an elder, trustee, and Sunday school teacher and was involved in the Men’s Fellowship. Gene was also a Western Boone School board member for several years and a founding member of the Western Boone Band Boosters. He also volunteered for Habitat for Humanity.

In addition to his parents and his loving wife of 65 years, Gene was preceded in death by his sister-in-law, Susan Henry and brother-in-law, Aaron Everett.

Family and friends will gather Wednesday, Aug. 10, for visitation from 4 p.m. until 8 p.m. at Advance Community Christian Church, 305 IN-75, Advance, IN 46102. A funeral service will be held Thursday, Aug. 11 at 10 a.m. at the church with Pastor Steve Vitaniemi officiating. Gene will be laid to rest at Old Union Cemetery in Jamestown.

Memorial contributions in his memory may be made to the Advance Community Christian Church or Rock Steady Boxing at Witham Memorial Hospital.