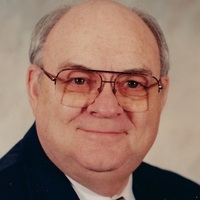 Marvin came from humble beginnings, growing up in rural Max, Indiana.  In his youth, he worked on the family farm and neighboring farms in the area.  As a boy, he delighted in attending movies at the Lido Theater in Lebanon, where his cowboy idols included Gene Autry, Roy Rogers, Hop-Along Cassidy, and many others.  Even into his last days, he still enjoyed a good cowboy film.  He also loved talking about farming and tractors, and taking long rides through the countryside to recount the days of his youth with family members.

Marvin attended Dover schools, graduating in 1956.  He then attended Indiana Business College, in Indianapolis, where he studied accounting.  His work career included positions at the Indiana National Bank, the Farm Bureau Co-Op, Commercial Filters, Fieldhouse Refrigeration, and culminated in his retirement after working for the State Bank of Lizton for many years.

Marvin was a lifelong Christian, accepting Christ at the age of 16.  He attended the United Church of Christ in Advance as a boy, where he enjoyed Sunday school and vacation bible study.  He was also part of a men’s quartet and continued a lifelong love of music, singing in various choirs at church and listening to gospel and country music.  Marvin and Shirley later began attending the First Baptist Church of Lebanon, where they made many friends and Marvin served as church treasurer and in many other capacities over the years.

Marvin had a quiet, gentle spirit and was known for his kindness to others.  He leaves a loving legacy, which includes his wife Shirley; three sons: Jeff, Mark, and Steve (Susan) Lasley; daughter, Charlene (Lasley) Hickey; grandchildren Amber (Brandon) Childers, Joe (Avery) Lasley, and Seth Hickey.  He also leaves behind his youngest brother, Paul (Pat) Lasley.  He was preceded in death by his father, mother and brothers Harold and Lloyd, as well as his great granddaughter Isabel Wang.

Family and friends will gather on Monday, March 22, 2021, from 11 a.m. until the time of the funeral service at 1 p.m., with Pastor David Wright officiating in the Strawmyer & Drury Mortuary, 2400 North Lebanon St., Lebanon, IN.  Marvin will be laid to rest at Oak Hill Cemetery in Lebanon.  Contributions may be made in Marvin’s memory to Mito Action (mitoaction.org), the Autism Society of Indiana (autismsocietyofindiana.org), First Baptist Church, 1383 E. 75 N., Lebanon, 46052, the Advance Community Christian Church, P.O. Box 6, Advance, IN 46102, or the charity of your choice.