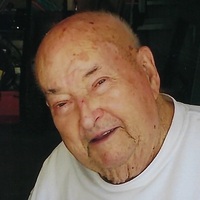 Mr. Mayford Denton went to be with Jesus on August 14, 2021. He was born Sep. 3, 1933 in Moss, TN, to Thomas and Lady Mae Denton, both deceased. Mayford was one of seven children; five half-sisters and one half-brother, all deceased.

Mayford worked for Commercial Filters (Parker Hannifin) for 28 years, as the transportation manager. He also worked for the Pendleton Reformatory for a year, where he taught woodworking. Mayford then went to work for Leaseway Personnel in Oak Brook, IL for three years and Lowe’s Home Improvement for four years. He retired from the Indianapolis International Airport in July 2013, after working as a chauffeur for 12 years.

Mayford worked with the Boy Scouts for many years, and founded Troop 288, in the late 1950’s. He enjoyed watching his own kids enjoy scouting, with the troop producing three Eagle Scouts and winning several scouting awards.

Mayford also enjoyed woodworking, especially making picture frames, which he sold at Art Fairs and shipped throughout the states. He became a Ham radio operator and enjoyed talking to operators throughout the free world as K9MDS. Mayford became an artist and sold his works to local people and won several ribbons at shows and the county 4-H fair.

Family and friends will gather Wednesday, August 18, for visitation from 12 p.m. until the time of the funeral service at 1 p.m. in the Strawmyer & Drury Mortuary, 2400 N. Lebanon Street, Lebanon. Mayford will be laid to rest at Summit Lawn Cemetery in Westfield. You are invited to visit the website www.strawmyerdrury.com where you may sign his online register and leave a personal message.

Radio K9MDS has signed off air. Happy 73 to everyone.