You Are Here:Home>RadioMom Local News>Motor Vehicle Accident Leads To Death 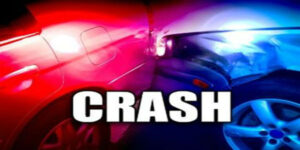 On Saturday, August 1, 2020 at 12:10pm the Boone County Communications Center received a 911 call of a motor vehicle crash involving injury at County Road 200 South and County Road 500 West. The crash involved an orange Dodge Dakota, driven by Robert Pitcock (23yo) from Avon, IN and a Silver Dodge Grand Caravan, driven by Lansa Merilan (46yo) from Lebanon, IN.

Pitcock stated that he was traveling south on County Road 500 West approaching County Road 200 South and was having mechanical issues with the braking system. Pitcock was unable to stop at the intersection and traveled through it, colliding with the passenger side of the Silver Dodge Grand Caravan.

Laura Merilan (42yo) was in the front passenger seat where the Caravan was struck. Mrs. Merilan was pronounced dead at the scene by Witham Medics. Lansa Merilan and his two juvenile children, 14yo Alansia Merilan and 9mo Elliana Merilan were transported to Riley’s Children Hospital with non-life-threatening injuries.

Robert Pitcock was the only occupant in the orange Dodge Dakota and reported no injuries. The Fatal Alcohol Crash Team (FACT) responded to the scene to investigate. Chemical tests of both drivers are pending but it does not appear to be a cause for the crash.