You Are Here:Home>Obituaries>Mrs. Juanita Ford 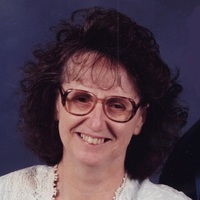 Juanita was born Aug. 19, 1937, in Richmond, a daughter of the late David Frank and Jane Elizabeth (Finch) Darrah. She married William “Bill” Ford in 1964, after meeting at a church gathering in Fairmount. He preceded her in death Nov. 2, 1999.

Juanita graduated from Centerville High School and Marian College. She was a teacher and substitute teacher for many years. She enjoyed volunteering at Witham Memorial Hospital from 2007 until 2020. Juanita was always up for a conversation, and she loved sewing and crafts, along with doing word searches. She was a member of the Lebanon First Church of the Nazarene.

In addition to her loving husband of 35 years, Juanita was preceded in death by her brother, Robert Frank Darrah, and infant twin sisters, Sharon and Karen Darrah.

Family and friends will gather Thursday, Dec. 16, for visitation from 11 a.m. until the time of the funeral service at 1 p.m. in the Strawmyer & Drury Mortuary, 2400 N. Lebanon Street, Lebanon. Juanita will be laid to rest at Maple Lawn Cemetery in Thorntown. Memorial contributions in her memory may be made to the Lebanon First Church of the Nazarene, 1122 Garfield Street, Lebanon, IN 46052.