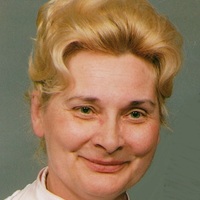 Myra was born in Boone County, a daughter of the late Walter and Bernice (Baker) Bailey. She was married to James Summerville who died in 2003.

Myra lived in Clinton Co. through high school and received her Bachelor’s degree from the IU Kelly School of Business. She was retired from the Dept. of Agriculture, Farmers Home Administration after working for 32 years and also worked alongside her husband, Jim, with Summerville Auction, taking over the business after he passed.

Myra attended Apostolic Bible Church in Brownsburg where she was involved with the music program and recently attended Northpointe Church of Zionsville.

Family and friends will gather Sunday, June 28, 2020 for visitation from 2-6 p.m. with the funeral service beginning at 6 p.m. in the Strawmyer & Drury Mortuary, 2400 N. Lebanon Street, Lebanon. Myra will be laid to rest at Oak Hill Cemetery in Lebanon.