You Are Here:Home>Obituaries>Norma Jean Anderson Musselman 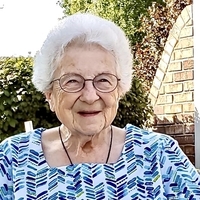 Norma was a longtime resident of Lapel and Noblesville, IN, with the last 10 years residing in Pittsboro, IN. She enjoyed being a mother and wife and was very active in her church in Clarksville. In later years, after her husband, Marvin Eugene Musselman died at the age of 49, she became an automobile insurance underwriter at Indiana Farmers Insurance in Carmel.

Family and friends will gather Monday, Dec. 20, 2021, for calling from 10 a.m. until the time of the funeral service at 12 p.m. in the Strawmyer & Drury Mortuary, 2400 N. Lebanon Street, Lebanon. Norma will be laid to rest in the Crownland Cemetery, Noblesville.