You Are Here:Home>Obituaries>Norma Jean Osburn Evans 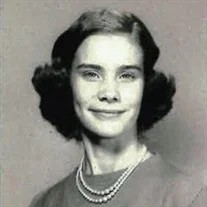 Norma Jean Osburn Evans, 80, of Lebanon Indiana, passed away on November 20, 2020 at home surrounded by her family. She was born July 27, 1940 in Hazard, Kentucky, the daughter of the late Roy and Melda (Wells) Fields.

She was a graduate of Lebanon High School and attended Indiana Women’s Business College. She was a hard worker and excelled no matter where she was employed.

Norma Jean loved spending time with family and friends, reading, studying her Bible, gourmet cooking and sewing. She was a member of Eagle church in Whitestown and loved her pastor and congregation. Norma Jean helped countless people over the years and considered that one of her greatest accomplishments. She spent the last eight years as an integral part of her community at Memory Hall in Lebanon where she led Bible studies, helped fellow residents, had book club, and enjoyed her coffee group.

Funeral Services are planned for 1:00 p.m. on Wednesday, November 25, 2020, at Myers Mortuary, 1502 North Lebanon, in Lebanon, Indiana.
Visitation will be held from 11:00 a.m. until the time of the service on Wednesday at the funeral home in Lebanon. Visitors are asked to adhere to the current CDC guidelines that masks be worn and social distancing practiced.
Interment will follow services at Lincoln Memory Gardens in Whitestown, Indiana. Norma Jean will be laid to rest next to her closest friend, Waymoth Ferguson.