You Are Here:Home>Obituaries>Obituary For Charles “Sam” Samuel Bailey 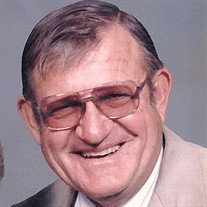 Charles Samuel “Sam” Bailey, 84, of Lebanon, passed away on March 28, 2019, at Homewood Health Campus in Lebanon, Indiana. He was born in Boone County on May 31, 1934; a son of the late Samuel Raymond and Frances (Marlow) Bailey.

Sam has been a lifelong resident and farmer in Boone and Hamilton Counties. He also worked and managed the Indian Trails Branch of the former Boone County Co-Op for over twenty years retiring from there in 1999 but continuing to farm, raise cattle and horses for several years.

Sam enjoyed spending time with family and friends. He especially loved being able to show his grandkids and great grandkids around the farm either on a John Deere tractor or his Gator. The rides would almost always entail going to the creek to throw rocks and end up in the garden to pick produce and bring into the house for Granny.

Sam’s welcoming (and sometimes mischievous) smile will be greatly missed. Family members would like to gratefully recognize and thank the wonderful staff at Homewood and Brookdale Hospice for their kind care and attention.

In addition to his parents and wife, Sam was preceded in death by one daughter, Vanesa Bailey; brother, Thomas L. Bailey; brother-in-law, Robert Howe and two sisters-in-law, Frances Bailey and June Bailey.

Visitation is planned for Sunday, March 31 from 2:00 -6:00 p.m., at the funeral home in Lebanon. Interment will follow services at Oak Hill Cemetery in Lebanon.