Obituary For Melvin B. Rader

You Are Here:Home>Obituaries>Obituary For Melvin B. Rader

Obituary For Melvin B. Rader 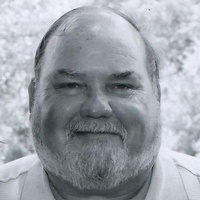 Mr. Melvin B. Rader, 68, of Colfax, passed away March 5, 2019, at Franciscan Health East in Lafayette.
Mel was born Jan. 24, 1951, in Lebanon, a son of the late Elisha P. “Pete” and Anna Ellen (Parks) Rader. He married Mary Jane Coffman on July 6, 2002. She survives.
Mel graduated from Thorntown High School in the class of 1969, where he was the class President. He then went on to serve in the United States Army National Guard. Mel worked for AV Fuel in Ann Arbor, MI as a truck driver for 25 years, retiring in 2007.
Mel was a member of the Thorntown American Legion Post 218, where he was a past-commander, and also the commander of the Boone County Honor Guard. He was a member of the Boone County Antique Tractor Club and the NRA. Mel was an Elder at the Thorntown Christian Church.
Survivors include his wife, Janie Rader of Colfax; daughters, Lori K. (Greg) Rader-Day of Chicago, IL and Jill R. (Scott) Bryan of Brownsburg; Janie’s children, Wade Burdine of Thorntown, Relena (Rick) Ball of Crawfordsville, and Carter “Butch” L. (Vivian) Burdine of Lebanon; brother, Marvis “Mike” (Judith) Rader of Whitestown; sister, Pauletta Tranbarger of Lebanon; grandchildren, Jesse Ellen Bryan, Addison Kate Bryan, Nathan Burdine, Joshua Thomas, and Michael Ruckle; and several nieces and nephews. In addition to his parents, Mel was preceded in death by his brother-in-law, Donald J. Tranbarger.
Family and friends will gather Sun., March 10, 2019, for visitation from 2 p.m. until 6 p.m. in the Strawmyer & Drury Mortuary, 2400 N Lebanon Street, Lebanon. Funeral services will be held on Mon., March 11, 2019, at 10 a.m. with Pastor Glen Jewell officiating in the Thorntown Christian Church, 125 W. Main Street, Thorntown, IN 46071. Mel will be laid to rest at Sugar Plains Cemetery in Thorntown. You are invited to visit the website www.strawmyerdrury.com where you may sign his online register and leave a personal message.
Memorial contributions in his memory may be made to the American Legion Post 218 Honor Guard, PO Box 44, Thorntown, IN 46071.