You Are Here:Home>Obituaries>Obituary For Ray W. Childress 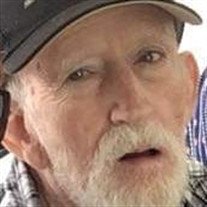 Ray W. Childress, 77, of Advance, Indiana, passed away peacefully on Friday, March 22, 2019 at Signature Healthcare at Parkwood in Lebanon. He was born on January 8, 1942 in Rockcastle County, Kentucky, one of twelve children of the late Willis and Thelma (Barnes) Childress.

He retired on November 4, 2013, after 47 years as a forklift operator, with United Technologies Corporation in Indianapolis.

In addition to his parents and his wife, Vivian (Arthur) Childress, Ray was preceded in death by eight siblings, David, Raymond, Verla, Mary, Johnny, Louise, Melvin “Neva”, and Betty.

Friends and Family will gather for visitation at Myers Mortuary in Lebanon on Tuesday, March 26, 2019 from 4:00 to 6:00 p.m.
A Celebration of Life and Graveside gathering will be held at 4:00 p.m. on Saturday, March 30, 2019 at Wells Cemetery in Ano, Kentucky.
Boone County Crematory in Lebanon has been entrusted with his arrangements for cremation.

In lieu of flowers, memorials may be directed to the charity of the donor’s choice.