You Are Here:Home>Obituaries>Obituary For Sam Smith 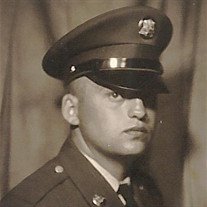 In 1971, he was married to Cathy Joan (Maddox) Nichols; they later divorced and she passed away in 2013.

Sam was a lifelong resident of Boone County. He was a driver for Indianapolis Auto Exchange, roofer, truck driver and retired as an entrepreneur.

Sam was a loving father, grandfather and great grandfather. Sam enjoyed riding bicycles, scooters and motorcycles. He was a free spirit who enjoyed being outdoors; especially wondering in Shades State Park.

Many loving Nieces and Nephews.

In addition to his parents, Sam was preceded in death by one brother, H E Smith and nephew, Kevin Smith.

Funeral Services will be held at 2:00 p.m. on Thursday, May 9, 2019, at Myers Mortuary, 1502 North Lebanon Street, in Lebanon, Indiana, with Pastor Sam Westmoreland officiating. Visitation is planned from 12:00 noon until 2:00 p.m. on Thursday, at the funeral home in Lebanon. Interment with Military Rites will follow services at Bethel Cemetery in Boone County.