You Are Here:Home>Obituaries>Obituary For Stanley Prage 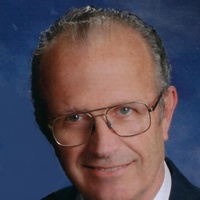 Stan was born Sept. 18, 1946, in Lebanon, a son of the late Maurice and Mildred (Warren) Prage. He married Linda Hayden. She survives.

Stan was a 1964 graduate of Thorntown High School and a 1966 graduate of Sam’s Technical Institute. He served in the U.S. Navy from 1966-70. He was a systems engineer for IBM for 48 years and in that time received four service awards of distinction. He retired in 2015.

Stan was an active member of the Thorntown community. He served on the Town Board, including a period of time as President. He was President of Thorntown Little League as well as an umpire for several years. Stan served as Technical director and co-leader of Unity Singers for eight years and with Passages for eight years. He was also a member of the Thorntown Community Choir. Stan was a member of Thorntown United Methodist Church where he served on the Board and as the Lay Leader to the annual conference for many years. He was instrumental in the formation of New Beginnings Fellowship Church in Thorntown and acted as co-director of the New Beginnings Fellowship food Pantry. He taught Sunday school and assisted with Friendship Bible study.

Family and friends will gather Monday, Mar. 18, 2019, for visitation from 4 p.m. until 8 p.m. and funeral services will be held on Tuesday, Mar. 19, 2019, at 10:30 a.m. in the Strawmyer & Drury Mortuary, 2400 N. Lebanon Street, Lebanon. You are invited to visit the website www.strawmyerdrury.com where you may sign his online register and leave a personal message.

Memorial contributions may be made to New Beginnings Church Food Pantry.